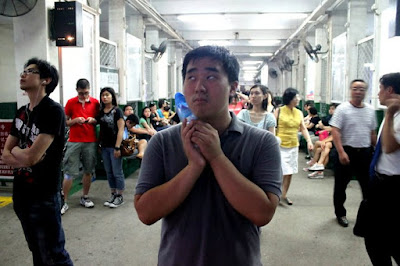 Its always a pleasure to meet other third culture kids around the world. Daniel is an active member of the TCKid communities on social media and that is how I got to know this globe-trotting TCK (aren't we all global nomads!?)


What is your name?

Where were you born?

What is your heritage?

Both my parents were Vietnamese, and moved to the US essentially as a result of the war, and met there.

Where have you lived and how long at each place?

Houston, Texas for 3ish years (as a baby though)
Jakarta, Indonesia for 14 years
Ann Arbor, Michigan for 2 years
Switzerland for about 3.5 years, though alternating between Zürich and Wallis
Fort Lauderdale, Florida for 2 years
Took a few months back in Switzerland, but in Biel.
Took a little under a year off for backpacking around Asia, of which most of it was spent in Penang, Malaysia.
Back in Zürich, Switzerland for the past 5 years. 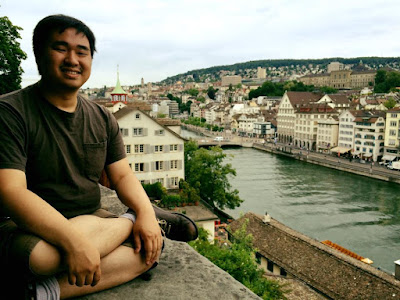 What is your definition of "home" and how is it different from those around you?

Home for me really depends on the people around me, because places can change. It's not so cut and dry, though. Places are important too, and ultimately home comes from that combination of places that you feel comfortable in, with people you like having around you that help you feel at home. And yes, this can be more than one place.

Where do you consider "home" and why?


Right now it's Zürich. In contrast to the rest of my adult life, I've lived here consistently for a long time now. It's been long enough to make friends, to become familiar with my surroundings, to acclimatise. It's the kind of consistency I haven't had for a long time, but to be honest it's still tempered by knowing I'm still legally a foreigner here. So while it feels like home, there's a very good chance it can't be home. We'll see.

I felt more or less at home when I worked in Fort Lauderdale, because of working and the people I had around me. I did realise that as time went on those people largely changed by moving around, and with it the sense of home got lost. In that case, it was very dependent on people. By contrast, Penang felt quite home-like when I was there, though I didn't have many friends there at the time, so it was more tied to the place.

So basically... it depends.

Do you have interests in the following: foreign languages, international relations, travelling, international politics, different cultures of the world, etc...  Yes/No If so, do you think your background has helped you develop these interests?

Very much to all of these. I grew up interested in history, which became an interest in politics. While my experience wasn't necessary to create these interests, it definitely helped. Growing up in an Indonesia which was under a dictatorship and transitioned to a more-or-less functioning democracy has, honestly, defined my political perspective and interests. Travelling and being able to compare, first hand, didn't places, cultures, and political systems, has given me a perspective that others I meet still can only learn from media. 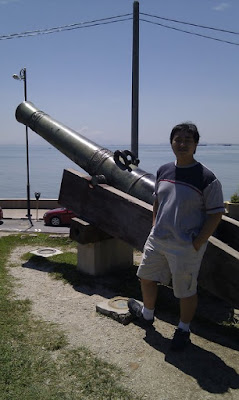 What are your thoughts on globalization? Current political situation?

The reason I had the life I did was because my dad worked for an international company. It has, mostly, been the reason we moved around between the US, Indonesia, and Switzerland. So it's safe to say that we have been beneficiaries of globalisation in a much more tangible way than most can claim. It's likely, however, that the expatriate lifestyle, at least through those means, is probably fading. Developing countries can't really justify bringing foreigners over and giving them the expatriate life.

How are your thoughts on world affairs different from those around you?

This has really varied depending on my company. There's a popular perception that Europeans are more globally aware than Americans, and it sort of correlates, but awareness doesn't necessarily equal wisdom. I have met blind idealists, pragmatic cynics, and everything in between. It's pretty good overall, since at least there's awareness and interest. I can't quite say the same in some other places I've lived. But there are different kinds of ignorance you can find just about anywhere, as well as different kinds of awareness. I find that the best approach is just to look at everyone with an open mind and to listen first and form impressions as you accumulate information, not before.

Do you plan on incorporating a large amount of travel with your career?

I hope to, but it really depends on how my career works out. And where that ends up being.

If you would like to be featured on this series please drop me an email at ahdancecompany@gmail.com
Posted by A.H. Dance Company at 9:46 PM

Join us for a dinner, workshop, event, retreat, podcast, etc.!

A.H. Dance Company
Alaine Handa and Dancers has a mission: to present and support independent contemporary artists and companies worldwide. Through collaborations with local dancers and artists of other mediums, Alaine Handa and Dancers hope to share modern dance to communities that lack exposure to it. Ms Handa's movement vocabulary is quirky, athletic, and lyrical.

Promote Your Page Too